Spooky Action at a Distance: Why Do Cross-Market Mergers Affect Prices? 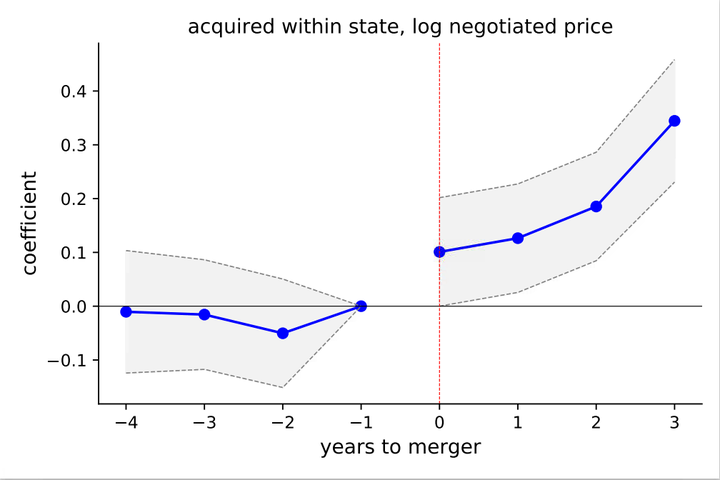 The standard theory for merger price effects requires the merging parties to share some common demand. However, recent evidence has shown that hospital prices increase after acquisitions by remote systems. This work documents three things about these mergers: (i) traditional market power explanations can not explain price increases; (ii) employer overlap does account for a significant part of the price effect, validating a previous theory by Vistnes and Sarafidis (2013) and Dafny et al. (2019); (iii) hospitals acquired by out-of-market systems have nearly flat pre-merger prices, which disagrees with both the previous theory and the standard Nash-in-Nash model for insurer-hospital prices. We show that an extension of the workhorse model that incorporates preliminary offers can rationalize the pre-merger prices and account for a fraction of the remaining price variation. We show that the cross-market merger price effect stems from a combination of increased market power due to employer overlap and a change in the pricing protocol created by a reduction in bargaining cost and adverse selection on preliminary offers.